The decision of NFL players to take a knee on the field during the national anthem has been a startling intrusion of politics into America’s idyllic sports landscape. Many fans have voiced their displeasure, booing the kneeling players, and even offering racial epithets from the stands. Politicians have also joined the fray, calling the players un-American, and castigating them for disrespecting the flag and the military, among other things.

Seemingly lost in this maelstrom of blame and debate are the stated reasons athletes began taking a knee in the first place. No player has publicly stated any disdain for the flag, or enmity for Americas armed forces, yet they are excoriated for exactly these offenses by mostly white, right-leaning politicians, and on-air personalities.

Americans ought to agree that the institution of slavery was a scar on the nations history, and that no amount of incremental progress surrendered or achieved in the subsequent years can erase it from their collective psyche. The systematic oppression of an entire race of people cannot be neatly filed away under things America wishes it had not done, and the repercussions of slavery resound in almost every facet of national life today. Discriminatory practices in housing, hiring, and education, are commonplace, and voter suppression based on race continues to proliferate with each concurrent election cycle. Nobody is held to account for these transgressions, and politicians on the right continue to redraw voting districts along racial lines to favor their candidates.

These issues are real, timely, and prescient. In a just society, they would be highlighted as a national scourge. In the U.S., they are largely ignored by lawmakers elected to shape policy. Professional athletes, most of whom are financially well off, are taking ownership in an effort to improve the lives of those who are not as fortunate. They are doing the work which elected representatives ought to be doing for their constituents. Whether a person agrees or not with their chosen method of protest, the effort ought not be discouraged or diluted by nationalistic fetishism, or false outrage.

The NFL players are also attempting to draw attention to the inordinate number of black people killed by police in the U.S. each year. Across the nation, instances of police brutality, and even homicide, are routinely captured on video. In most of these cases, even with clear video evidence, the responsible parties are not punished, or held to account. This systemic pattern of disdain for the life and well being of African American citizens has fostered an atmosphere primed for demurral.

Without protest, social change in America would have been greatly handicapped, if allowed to occur at all. Women might still be denied the right to vote without the actions of the suffragettes. The modest progress made toward racial equality in the 1960s would not have been possible without the sacrifices of the civil rights movement. Workers today are protected by laws which might never have been passed without the labor strikes of the early 20th century, and it is likely that the push for LGBT equality would never have its current momentum if not for the firestorm of Stonewall.

To reduce the players protests to impudence, or disrespect for the flag, is to miss the point entirely. If players knelt in protest during a routine play in the third quarter, for example, would anybody even notice? To protest during the epoch of the bombastic ceremony is the only way to get people talking about it.

It is important to take into account that the entire pro-American, pro-military, spectacles which now precede every NFL game are not spontaneous outbursts of patriotic fervor. They are the product of millions of dollars in payouts from the U.S. Department of Defense to NFL teams. The result is the often over the top displays seen on Sundays, including military jet flyovers, massive flag unfurling, uniformed servicemen and women running onto the field waving American flags, emotional color guard ceremonies, and much more.

To berate athletes for choosing to kneel during what amounts to a paid recruitment advertisement is the worst kind of cynicism, and is ultimately divisive to a country desperate to be brought together. The argument cold be made that protesting a justice system blighted by prejudice is the purest form of patriotism, that remaining silent only serves to perpetuate the current climate of violence and oppression.

History has shown that compulsory displays of obedient nationalism do not often end well. They are the sinister trappings of dictators and tyrants, and ought to have no place in a country fond of thumping its chest about its freedom and liberty. Rather than dismiss these protests as a cause celebre of wealthy athletes, Americans ought to seize the opportunity to contact their representatives, attend town halls, and call on those tasked with shaping policy for a national review of police tactics, and institutionalized racism in the criminal justice system.

For peaceful, law-abiding citizens to be pulled over or interviewed by police without fearing for their lives is something that every American, regardless of race or class, ought to be able to agree upon. It is this, not any disrespect for Americas armed forces, which is driving these protests. In order for them to bring about any lasting, systemic change, Americans must keep their eyes on the ball, and demand that lawmakers do their jobs, and that the liberties assured in the constitution apply to everyone.

Russ Rankin is a guest contributor and lead singer songwriter for Good Riddance. 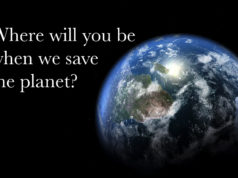 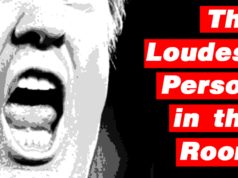 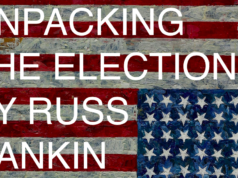 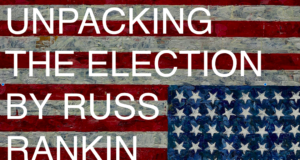