John Doe put together this book, Under The Big Black Sun; A Personal history of L.A. Punk, with a lot of help from friends like Exene, of course, and Tom DeSavia, as well as musicians and scenesters like Pleasant Gehman, Jane Wieldin, Dave Alvin, Kristine McKenna, Jack Grisham and Mike Watt.  Rather than being a biography of X, which would have been interesting on it’s own, it’s more a collection of reminisces about the brief L.A. punk rock golden era before the more violent hardcore fans came in and tore everything apart.  The scene took place in between 1977-1980 at dive clubs like The Masque, The Whiskey, The Vex and Club 88 and in seedy Hollywood apartments like The Canterbury where future members of the Go-Gos, the Germs, Alice Bag Band, The Flesheaters, The Plugz, The Weirdos, and The Screamers all drank cheap beer, smoked and took funny white pills while they created genre defining music.

Reading their sordid tales here it’s hard to feel not only the thrill and dark hollywood romance of of living through this nascent L.A. punk scene that started to develop around The Screamers, The Weirdos and X and the outcasts their music attracted, but also a profound sense of melancholy that a singularly creative scene like this was cut short so quickly by violence and death (Darby Crash) and some of the bands like the Go-Gos going on to wider fame after being scooped up the new burgeoning MTV aided music ‘business.’  More than one essay in the book refers to X’s two set show at the Whiskey that should have been triumphant, but instead was pierced in between the two shows by the news that Exene’s sister had died in a tragic car accident while driving to the club.  The image created when two police officers enter the venue to give her the news and her slumping to the ground in shock is hard to shake.  X fans care deeply for the band members, and it’s hard to witness the heartache they sing about so convincingly become real.

Doe’s book serves as a document of the musical outsider’s version of JFK’s and Jackie O’s Camelot. John and Exene were our royal couple in vintage black dresses,  cowboy boots and jean jackets.  Their music is beer soaked poetry propelled by DJ Bonebrake’s pulsating drums and Billy Zoom’s menacing smile and Carl Perkins inspired Rockabilly riffs. The fact that John and Exene’s voices to some sound vaguely off-key is because they are bending the emotion in their lyrics all the way to the breaking point, their harmonies sounding like the desperate howl of a hungry wolf echoing through L.A. canyons.  Reading this book makes you wish you could have been present for that brief time in punk rock Hollywood before the glossy 80s came in and blew everything apart.  X has enjoyed a prolific career of artistic triumph and still play amazing shows, some would say better than ever, so its a treasure for punk rock fans to have this document of the time that gave birth to one of music’s most original and well loved bands and the scene that enveloped them.

You can buy the book here 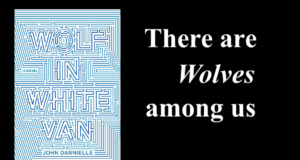