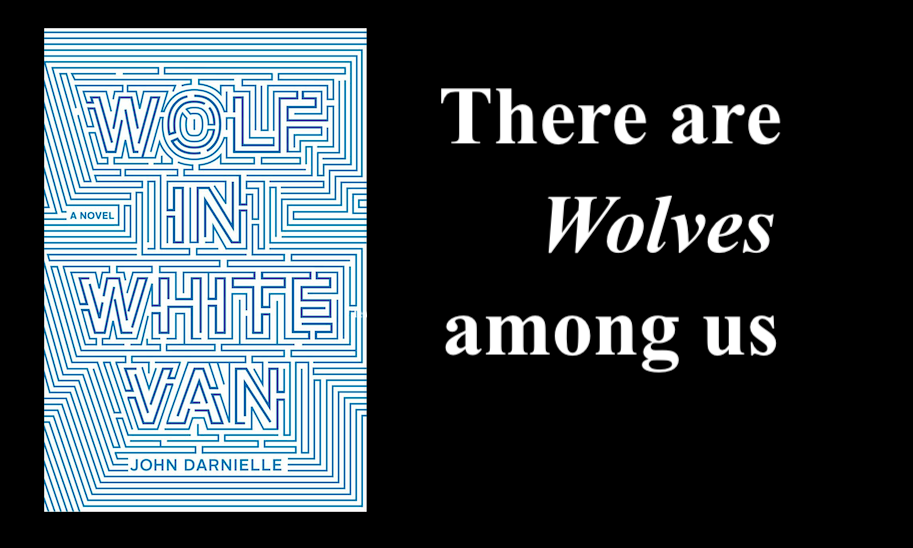 I’ll admit Wolf in White Van is a book I bought solely because I was intrigued by the title and cover art. I picked it up at a bookstore somewhere and read that the author was the singer songwriter of a band called The Mountain Goats. I’d never heard of them but the title, artwork and the fact that he was a musician tipped the scales enough that I added another thick book to the growing stack in my bunk on the tour bus.

I had previously read David Cullen’s immensely insightful book, Columbine about the two lost souls who took out their revenge fantasy on their schoolmates and was deeply affected by it. Mainly by the fact that after his exhaustive research into the boys’ psyches, he found fairly little to explain why they chose to unleash so much death and carnage. There was some bullying, violent video games, gun worship, and all the seemingly necessary ingredients but in the end there wasn’t one thing  you could point to that made either of them snap. It wasn’t Marliyn Manson  lyrics or the Trench Coat Mafia that made them do it. Sadly and most alarmingly, it seemed like the possibly psychopathic Eric and the angry depressed Dylan just basically wanted to do it.

Wolf in a White Van imagines what carnage could occur with someone who has impulsive homicidal or suicidal thoughts – and follows through with this dark desire – only to live through the nightmare alive but horrifically disfigured.  We meet Sean Phillips as he explains what it’s like living years later as somewhat of a recluse after what we later find was likely a self-inflicted rifle blast to his face.  After a nightmarish recovery he is alienated by parents who can’t understand him and locals who either can’t look at him or can’t look away.  He pours himself into his work, devising a play-by-mail role playing game about a nuclear apocalypse that years later unfortunately ensnares a naive young couple who take the game literally and it ends up killing one of them and permanently injuring the other.  The book is presented in reverse flashbacks ending with the night as a youth when the narrator seemingly decided to either kill his whole family or just himself for little reason more than it seemed like something to do.

This is what makes both the stark reality of Columbine and the scarred fiction of Wolf in White Van so tragic. We as humans want answers to our tragedies. We eagerly watch the latest TV shows about the Titanic, the Hindenburg, 9/11 and the OJ Simpson murders desperate for any new clues that will get us closer to that kernel of truth that can explain the tragedy so we can sleep at night knowing that the problem has been solved so we can try to avoid it happening again in the future. But what happens when there are no reasons why? It’s just human entropy. A mind in conflict and chaos left unattended. We’re left with cognitive dissonance. We don’t understand why this evil had to happen, and it makes us crazy.

But the same can be said for most of the evil in the world. Wars are supposed to start out with two sides clearly defined. There should be good guys and bad guys, and we hope we’re on the right side of history. But wars and violence and righteous causes can often devolve into the same treachery, the same vile and evil deeds we are pretending to confront.  We were on the right side unequivocally when we stormed the shores at Normandie, but was the second bomb dropped on Nagasaki really necessary? How guilty or innocent are we all when looking down the same barrel?  Wolf in White Van slowly and expertly sends you down the path into the mind of someone who made the tragic mistake of wondering what oblivion looked like, only to live to tell the tale. And in that mind there is hope, despair and chaos and very few answers. 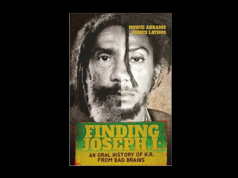 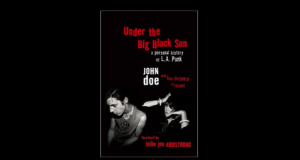